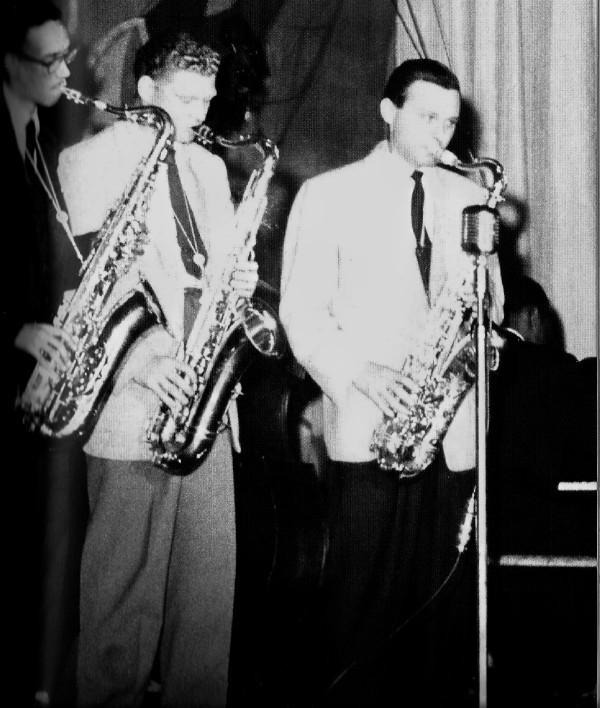 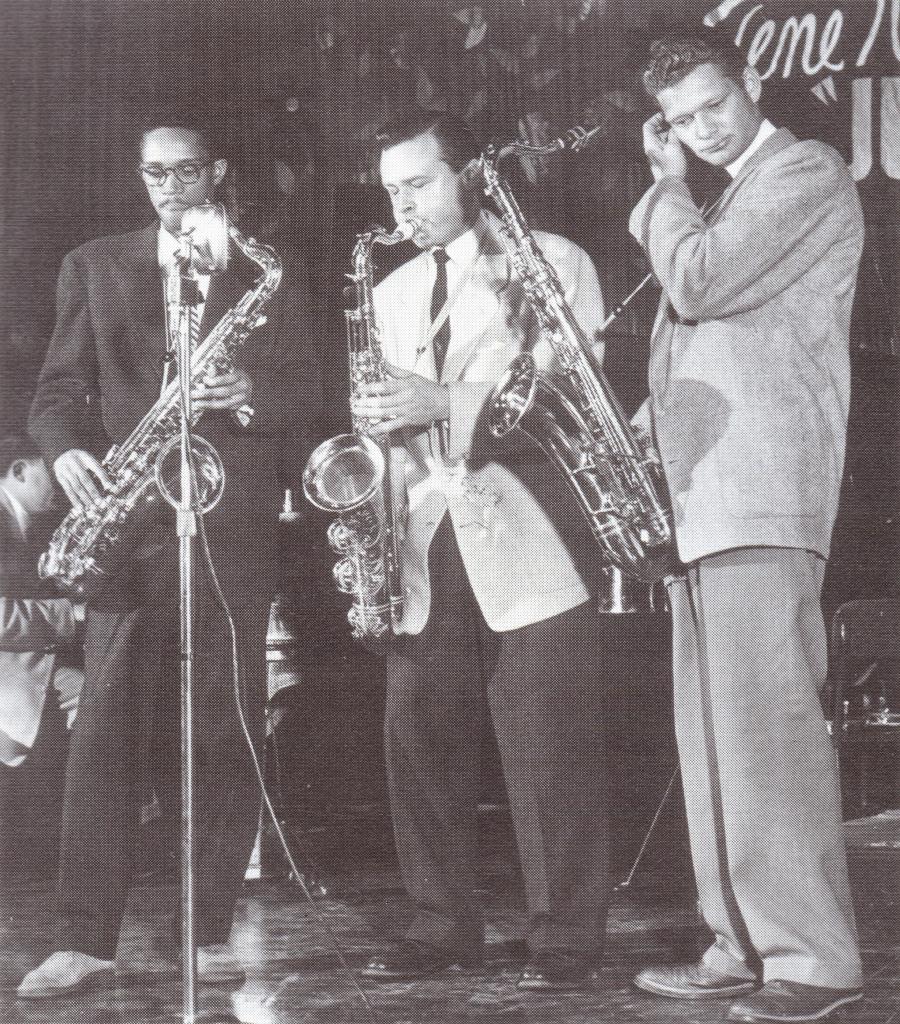 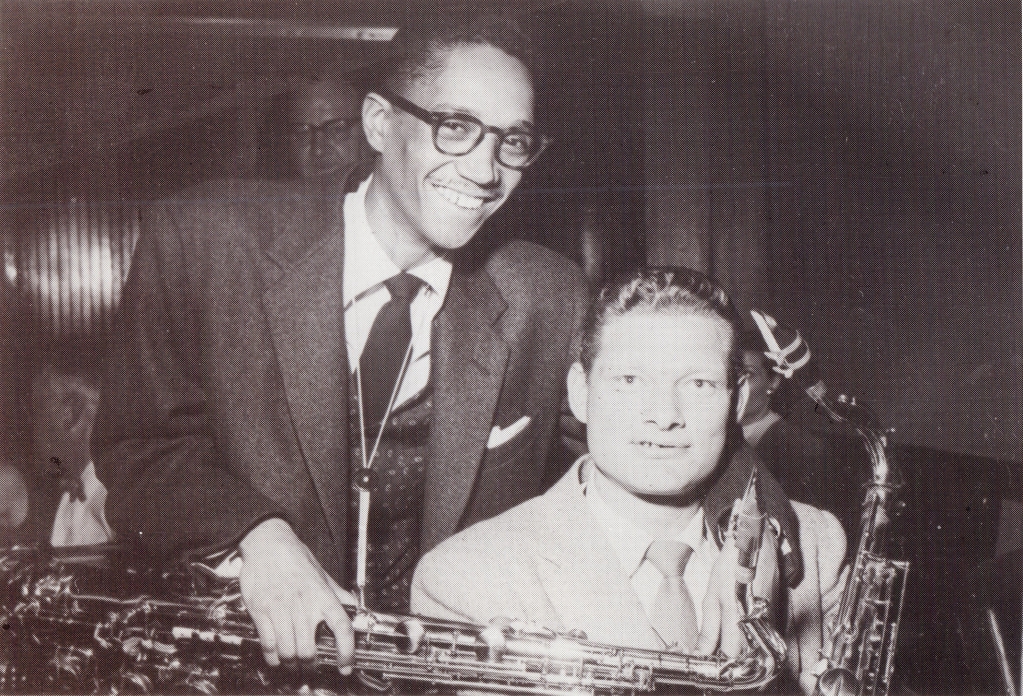 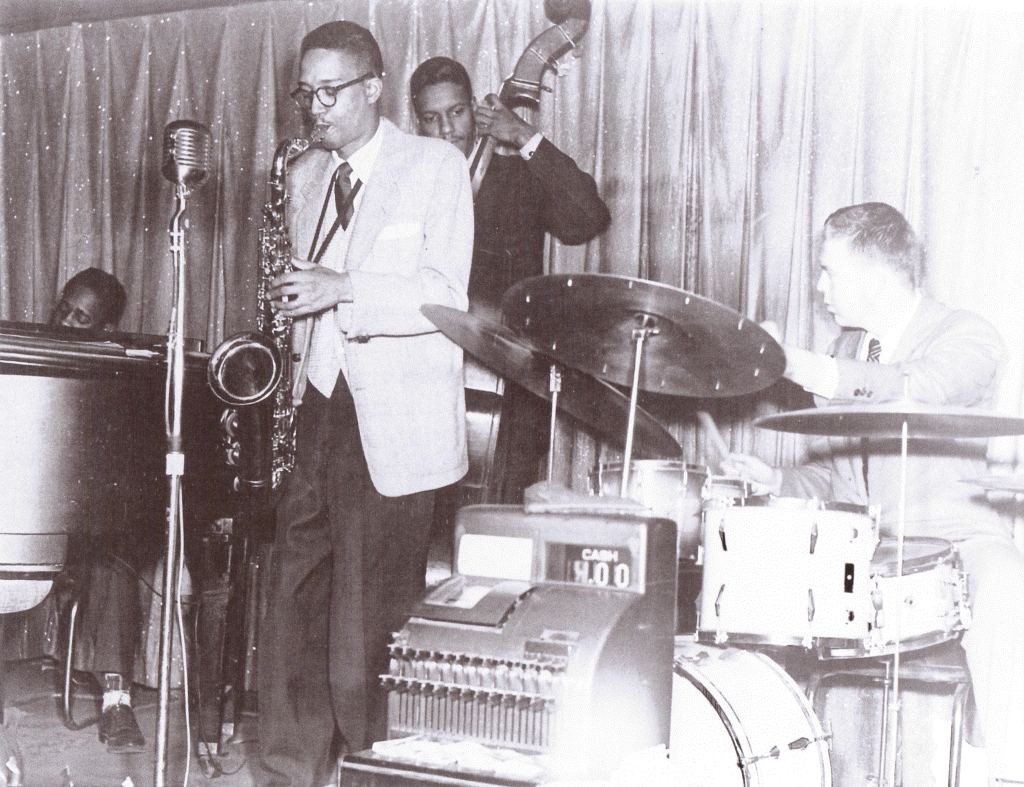 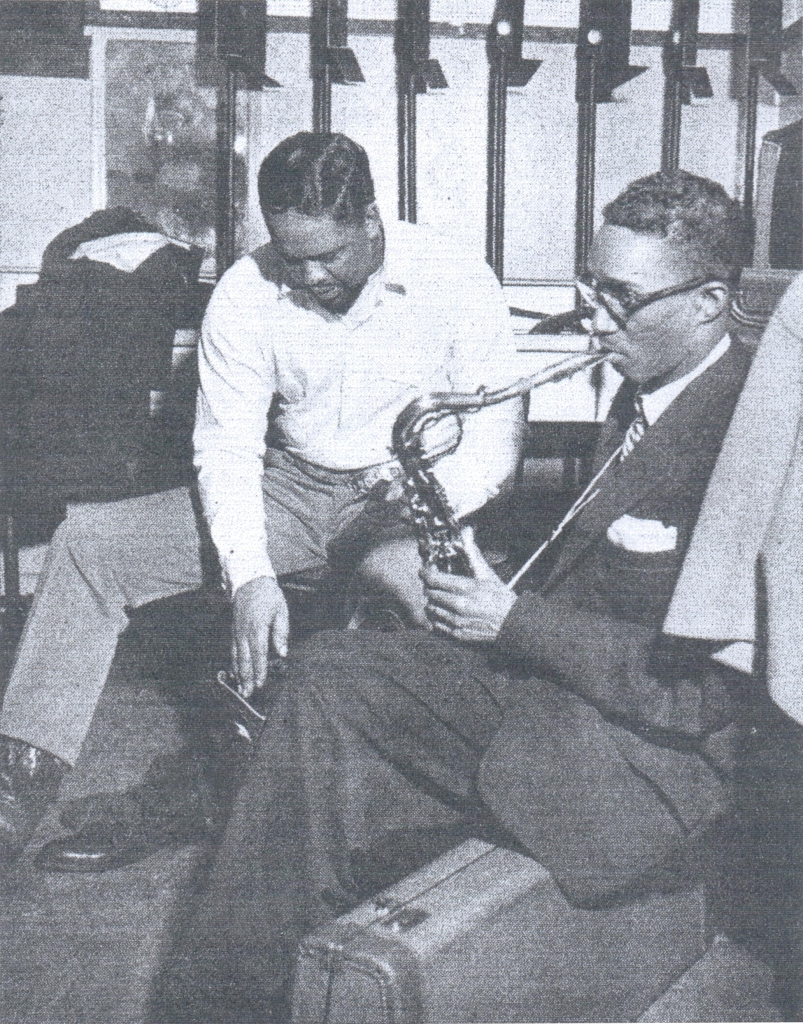 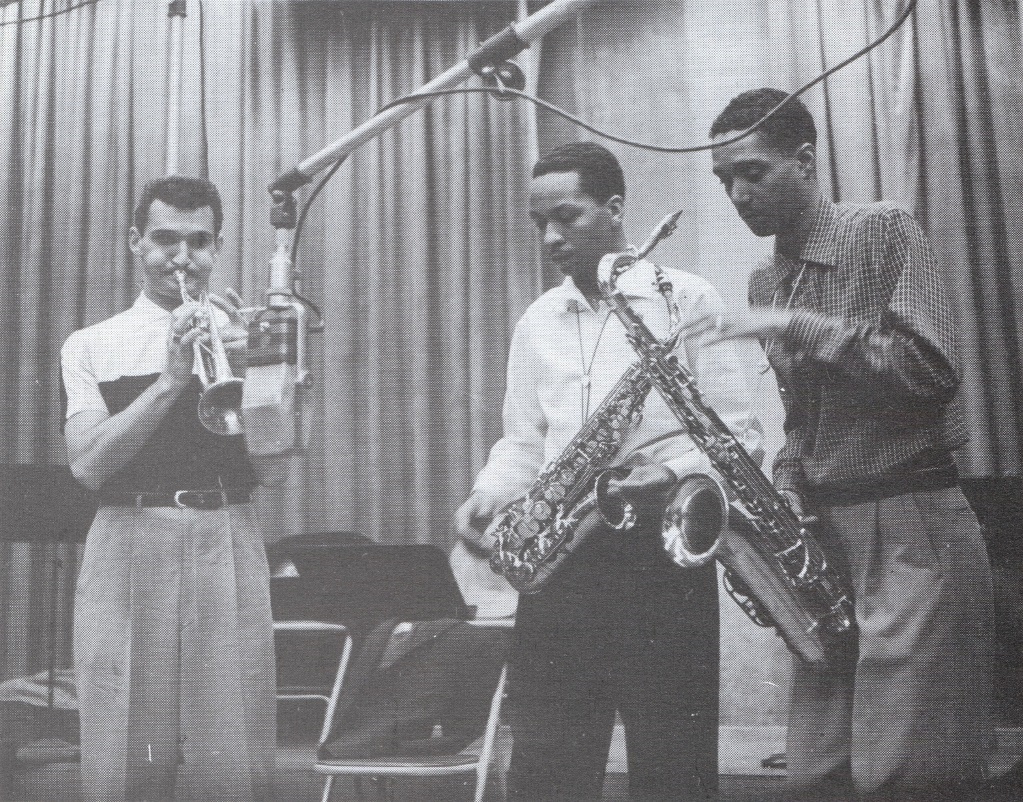 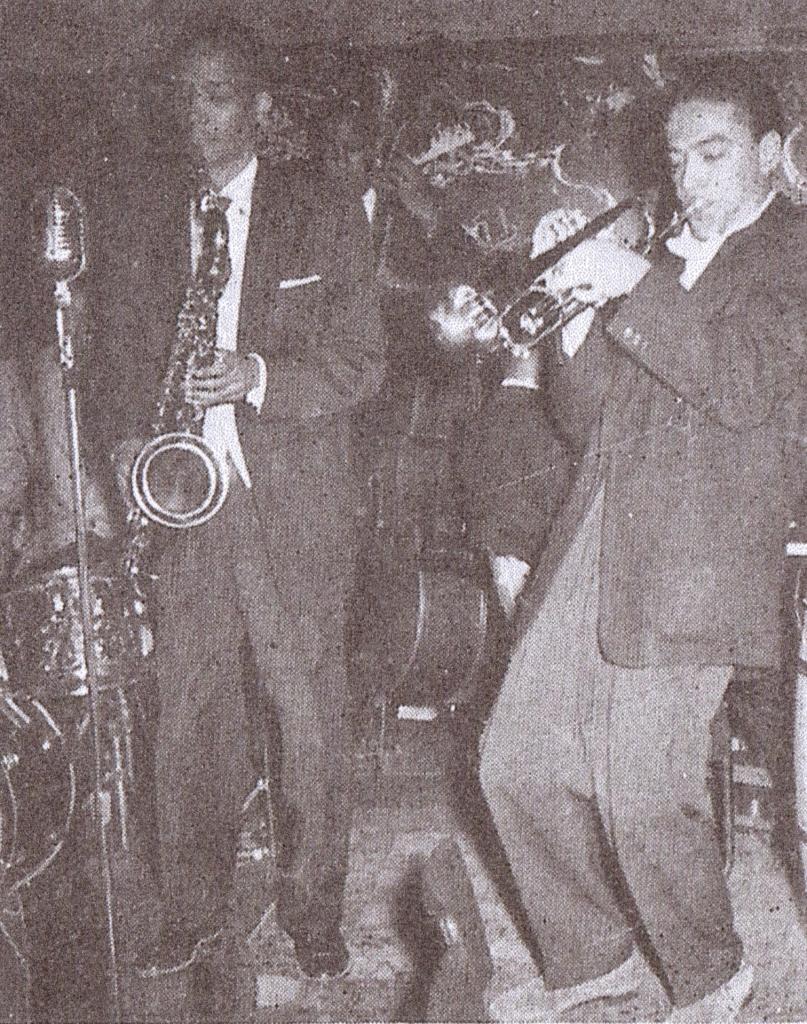 Just a few days before his death in May, 1955, Wardell Gray sat-in with his Jazz Workshop Group on a Tuesday
night in Hollywood at Jazz City. With him are Larry Marable (dr), Leroy Vinegar (b), and Jack Millman (flh).